YNOT Wednesdays was honored to have what started back in 1999 and has since become one of country music's most prestigious music publishing companies, Sea Gayle Music, host this past week’s writers round at Live Oak in Nashville! Be sure to read below about the incredible talent that took the stage this past Wednesday, March 13th, which included a total of eight  #1 hits! 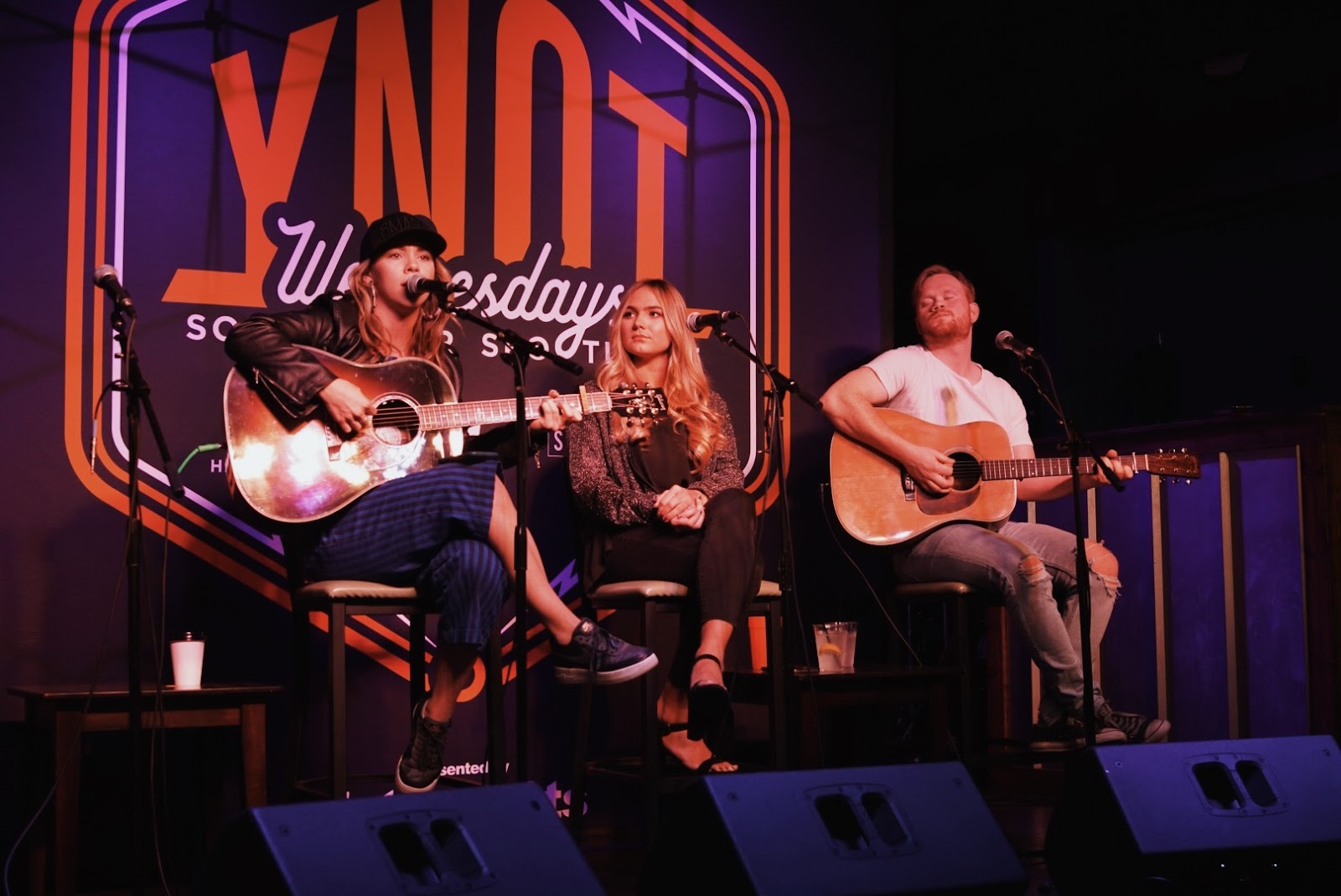 Kicking off the first round was Sea Gayle artists Baylor Wilson and Peytan Porter! With a voice as sweet as she looks, Peytan Porter performed a handful of original songs we can expect to be released from her in the near future, as well as ‘Bad Baby’ a song co-written and bound to be a smash by Jordyn Stoddard. Baylor also performed a set of original material, including her first single released last year, ‘New Light’, which you can find on iTunes! 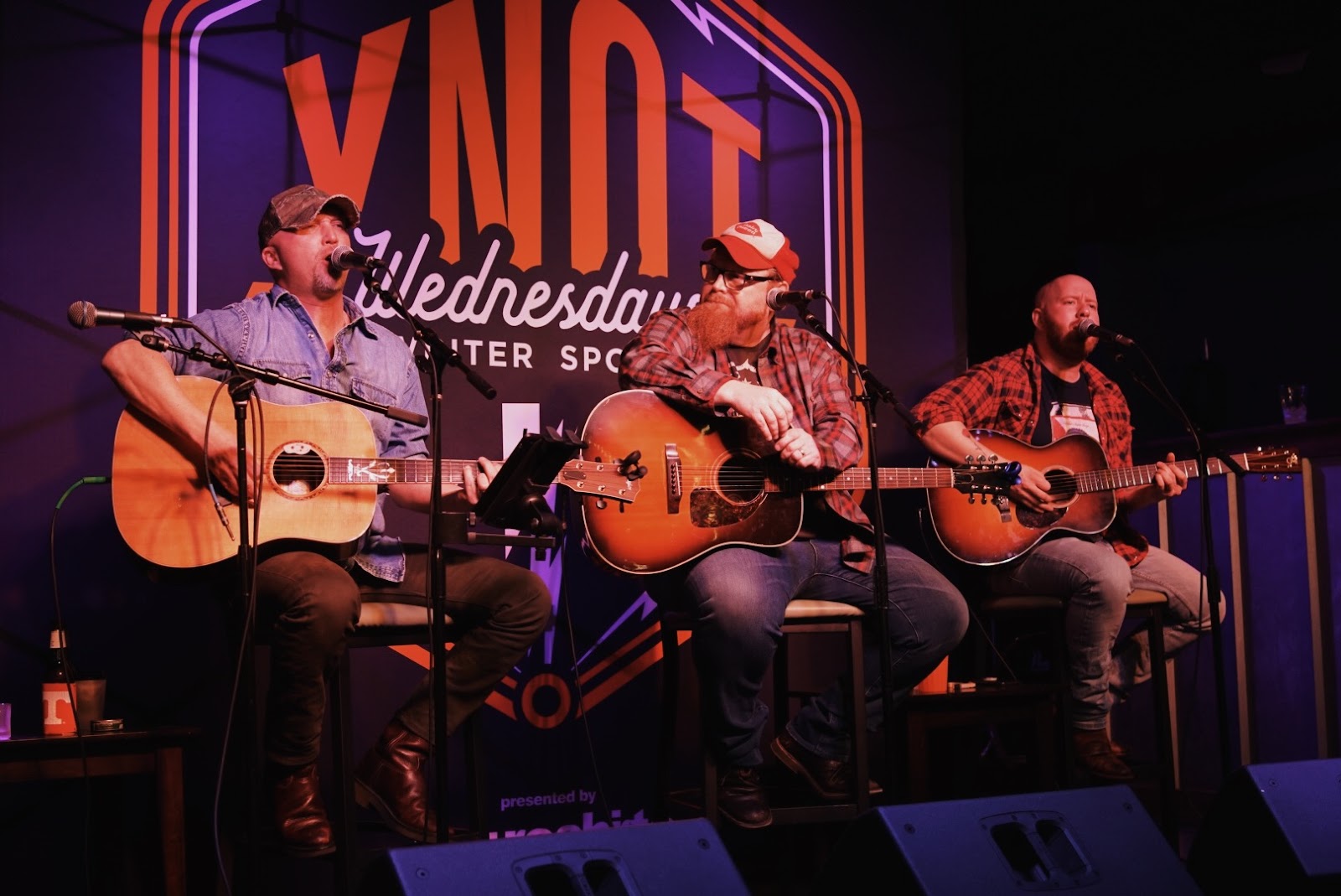 Full of #1 hits, round two had the crowd singing along to practically every song! This round included Bobby Pinson, who wrote and performed Toby Keith’s ‘Made In America’, Eric Church’s ‘Some Of Us,’ Dierks Bentley’s #1 ‘Burning Man,’ as well as his own single released back in 2005 ‘Don’t Ask Me How I Know.’ Also in this round, Lynn Hutton performed top 5 hit ‘Did It For The Girl’ by Easton Corbin, and Eric Church’s ‘Jack Daniels’ and ‘Cold One.’ Another #1 hit writer, Brent Anderson, performed a handful of cuts including Blake Shelton’s ‘Lonely Tonight’ (with round three performer CJ Solar), as well as Brad Paisley’s ‘Last Time For Everything,’ and Dustin Lynch’s ‘Back On It.’ 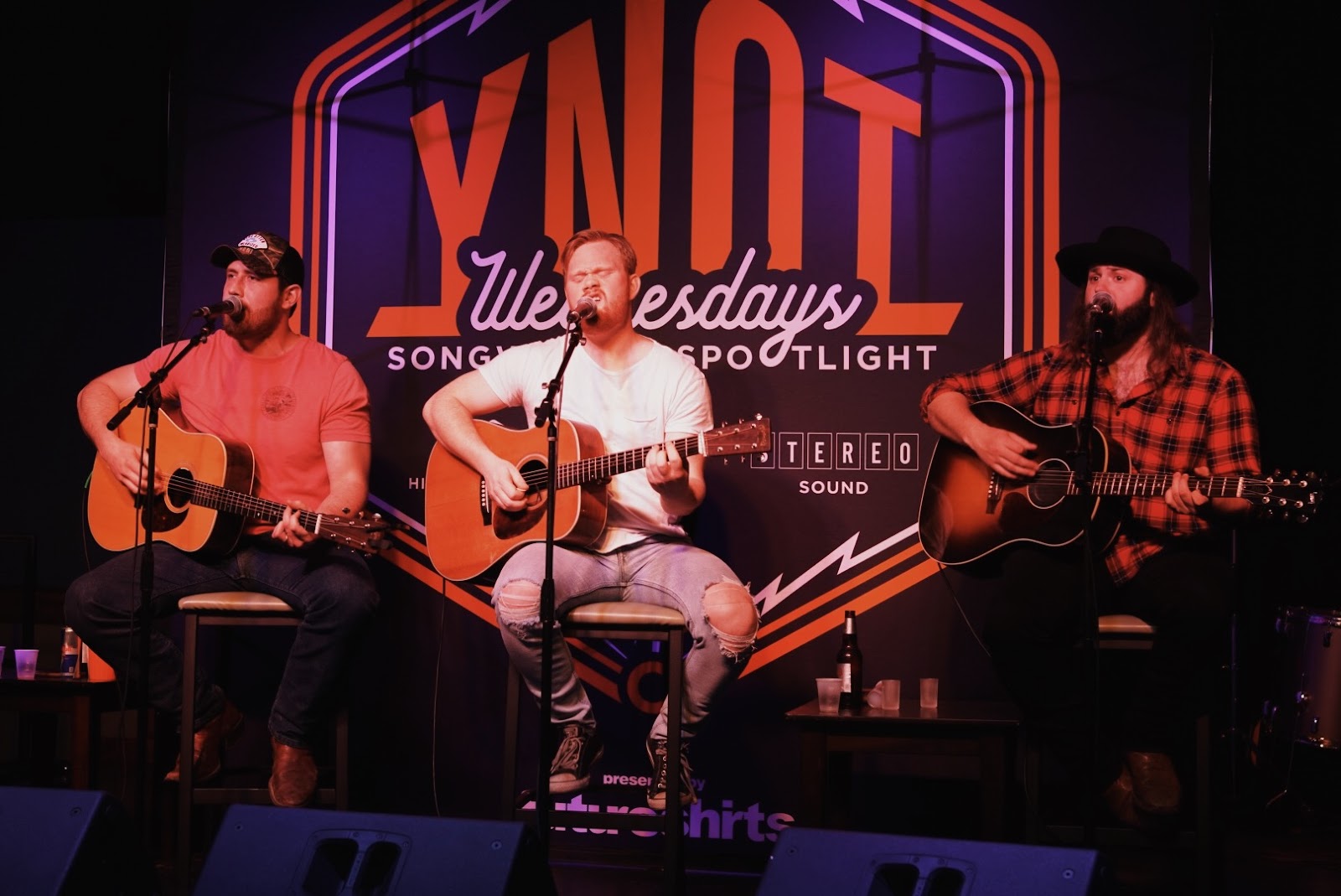 Ending the night in round three Jeb Gipson performed all songs off his latest EP including ‘Lonely Me,’ as well asl ‘Kissing Me Back’ and ‘Memories Of You.’ Fresh off of tour with Muscadine Bloodline, writer and artist Jordan Fletcher performed an array of original material including his latest single ‘Miles To The Moon!’ Ending round three, #1 hit writer of ‘Up Down’ (Morgan Wallen and Florida Georgia Line), CJ Solar took us home by performing crowd pleasing hits including ‘Blue Bandana’ by Jerrod Niemann and Jameson Rodgers’ ‘Some Girls.’